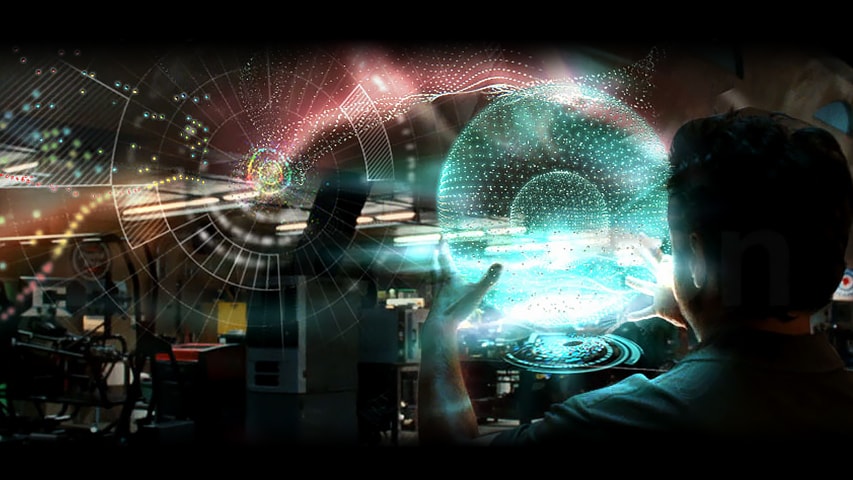 Jeremy Lasky’s fascination with superheroes as a child has served him well as an adult.

So well that the Carnegie Mellon University alumnus and partner Danny Gonzalez have built a business — Perception — into a creative genius powerhouse centered on technology, gadgets and gizmos related to comic book characters on the big screen.

Movie fans know that Tony Stark, better known as “Iron Man,” prizes his sleek glass mobile phone. In “Iron Man 2,” Stark flips through features on the device, performing over-the-top functions on the “Stark Smartphone” and on a similar device with a larger viewing screen: the “Stark Smart Glass” coffee table. 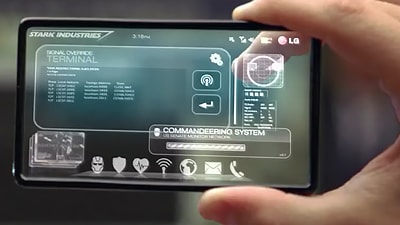 What people don’t know is that actor Robert Downey Jr. in portraying Stark is moving his finger across a plain piece of glass. Enter the creative team at Perception.

Perception’s team is composed of “thinkers and visionaries,” Lasky said, who are always pondering the future, particularly the leading-edge technology that people in the future might use. That vision and creativity has helped Lasky and Gonzalez propel their dreams forward and continue to grow beyond the expectations they had as young business partners 14 years ago.

For Lasky, the journey began his first year at CMU. A student in the College of Fine Art’s School of Architecture, he soon realized he was more interested in pursuing design. After a year of study, he switched to the School of Design and worked hard to complete his design degree with a business minor in four years. The Brooklyn native was no stranger to hard work; at CMU he was chosen for scholarship rewards based on academic accomplishments.

Graduating in 1995, Lasky had planned to go to Los Angeles, but he became inspired by a fellow New Yorker — Saul Bass, a graphic designer and Academy Award-winning filmmaker best known for designing motion picture title sequences, film posters and corporate logos. The combination of design and film was the perfect fit for Lasky’s talent. He was struck by the title sequence for the film, “Superman,” and learned that New York-based R/GA completed the work.

“I knew I wanted to work for them,” he said. “But I also knew I needed some experience, so I started looking for a job at a number of other companies first.”

With no leads after shopping his portfolio, a frustrated Lasky went straight to the top. He visited R/GA’s offices and told the receptionist he was there to drop off his book for review. Unbeknownst to him, the company had advertised in The New York Times for a new staff member, and his work was put in the mix with others who had applied for the job. He was hired and spent nearly six years doing the movie title work he loved and managing general design projects. When R/GA shifted business direction in 2000 to do more digital interactive work, Lasky and future-business partner Gonzalez left the company and, after building a successful freelance business, formed Perception in 2001.

“We blend the future and the real; it’s two worlds colliding … you should always be curious about the world around you.” — Jeremy Lasky

Perception had its first big break within a year with HBO’s “The Sopranos.” That relationship lasted more then 10 years, as Perception built its business on broadcast design and title work, eventually designing for blockbuster films and major technology brands.

“Ironically, CMU was instrumental in helping me get my foot in the door at Marvel, which led to the game-changer,” Lasky said.

That game-changer was “Iron Man 2.” Marvel’s sequel to the original 2008 film was in production when Lasky attended a CMU alumni event that featured Ken West (TPR 1980), then Marvel’s chief financial officer. Lasky introduced himself and talked shop with West, who made the initial introduction to Kevin Feige, president of Marvel Studios.

“We were given the opportunity to do title sequences for their animated features on DVD, and a lot of the people we worked with [on those projects] moved to Marvel’s features division,” Lasky said. “Those connections ultimately led to our being asked to develop something for the opening sequence of ‘Iron Man 2.'”

Moviegoers may recall that Tony Stark kicks off the movie speaking in front of an enormous, futuristic screen at the Stark Expo. Perception designed the screen, which proved to be a big hit with director Jon Favreau. What he liked more, though, was Perception’s next move: Lasky and Gonzalez presented their interpretation of Stark’s smartphone. Their vision impressed Favreau, and he tapped Perception to continue to incorporate designs into other Stark toys. They call it storytelling through graphics: No dialogue is spoken, but viewers can follow a story by what they see.

When “Iron Man 2” came out, tech magazines and blogs focused on the movie’s cool gadgetry, giving a nod to Perception’s designs. Business exploded. Other projects have included “Captain America: The Winter Soldier,” “The Avengers” and “Avengers: Age of Ultron.”

Their work extends beyond the film industry and to businesses around the world. In the global aerospace industry, Perception has developed flight simulators used to train pilots how to manage crisis scenarios for Montreal-based client CAE. When Ford Motor Co. was developing the 2016 Ford GT, developers wanted an instrument panel that matched the sleek, futuristic design of the auto. Perception’s cutting-edge user-interface work of the gauge cluster was featured in the interior of the car unveiled in Detroit earlier this year.

“We blend the future and the real; it’s two worlds colliding,” said Lasky, who uses techniques he learned at CMU — where he said he also honed his work ethic and creative focus. “I always take a sketch book and draw my ideas. You should always be curious about the world around you.” he said.

The original feature can be found here: https://www.cmu.edu/news/stories/archives/2015/august/experience-perception.html

iThere are no comments

PERCEPTIONS AND REFLECTIONS: THE BLOG OF JEREMY LASKY

It was time. I needed one place to start posting all of my thoughts, essays, philosophies and random esoterica.

Welcome to my blog.

Begin typing your search above and press return to search. Press Esc to cancel.